WhatsApp Status Updates Can Now Be Shared as a Facebook Story for Both Android, iPhone Users 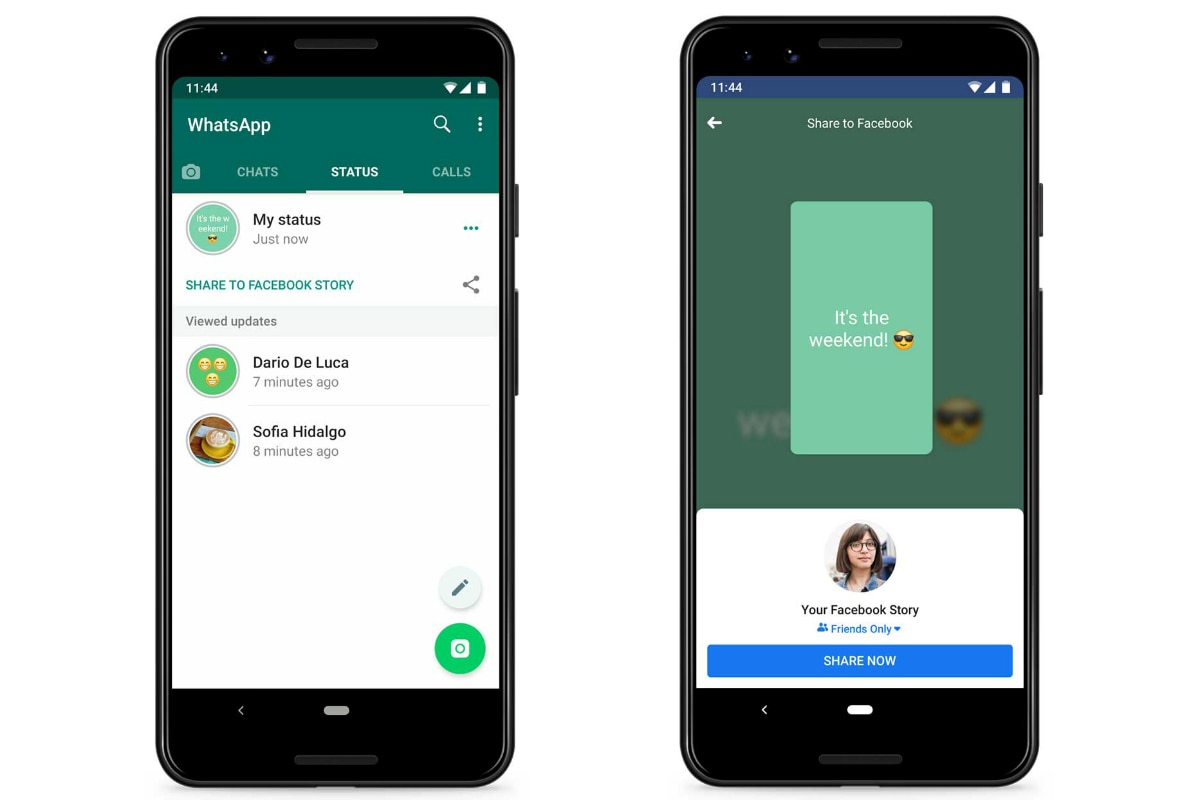 WhatsApp appears to have started rolling out the anticipated feature to let users share their Status updates to Facebook Stories. While it was initially said to be in testing and wasn’t visible to users, the feature to let users share WhatsApp Status to Facebook Stories is now making its way to WhatsApp. Gadgets 360 was able to spot the new feature on the latest version of WhatsApp for Android and iPhone, as well as earlier stable and beta versions of Android. An updated FAQ page detailing the latest addition has also been released on the WhatsApp website, hinting at its debut for all users in the coming days.

In a statement emailed to Gadgets 360, a WhatsApp spokesperson confirmed the fresh rollout and assured that the account information won’t be shared through the new feature, while warning end-to-end encryption won’t be applicable.

Multiple users on Twitter have reported the arrival of the newest feature on their WhatsApp app. Gadgets 360 was able to independently spot the update on the WhatsApp for Android version 2.19.258 and WhatsApp for iPhone version 2.19.92. Both the latest versions are currently available for download through their respective app stores. It was also spotted on an earlier stable Android version (v2.19.244) and the current beta (v2.19.262).