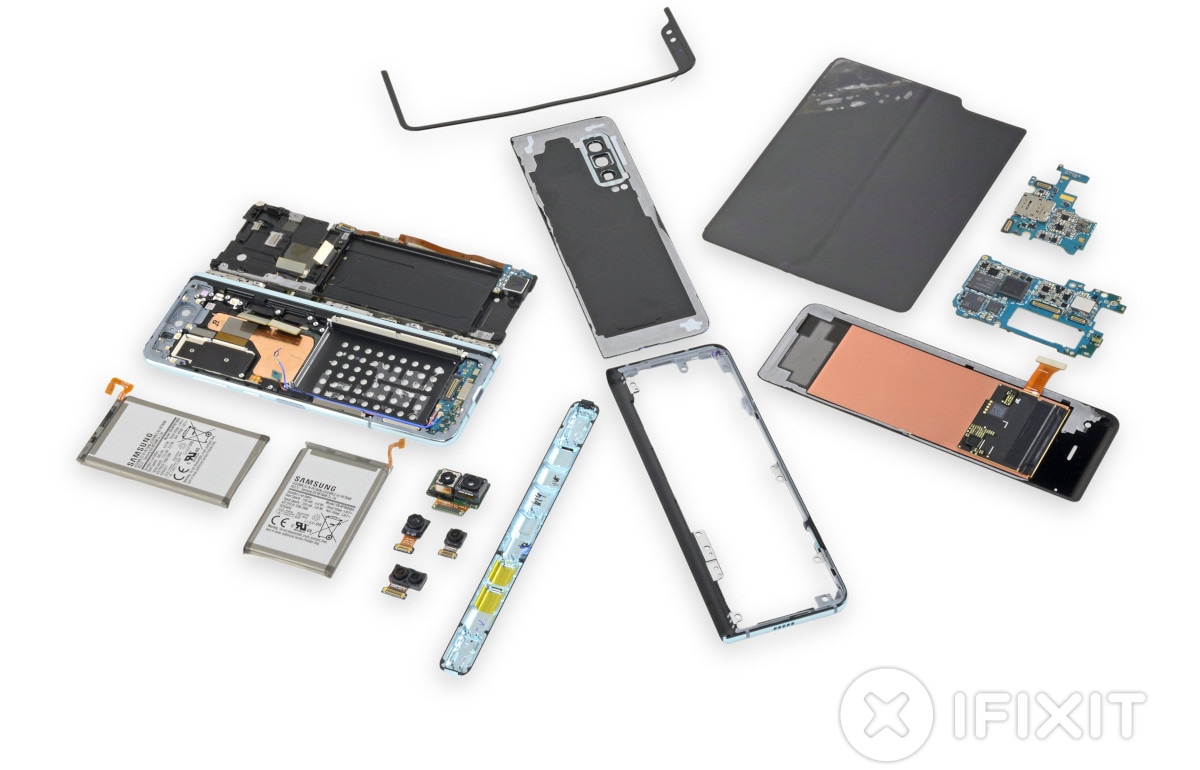 It was unveiled in February alongside Galaxy S10 lineup

Samsung Galaxy Fold is back in news for a weird and baffling reason. Just days after Samsung officially revealed that it is delaying the launch of its foldable smartphone “to strengthen the display protection” following the reports of Galaxy Fold display malfunctioning on review units, the company asked iFixit to take down its Galaxy Fold teardown. iFixit is a US-based website that provides repair manuals for consumer electronics, conducts teardowns to assess repairability, and more. In its teardown of the Samsung Galaxy Fold, iFixit had noted that the phone is “alarmingly fragile” and there are tons of ingress points that allow dirt to enter the phone and damage the screen.

In a statement on its website, iFixit on Thursday wrote “We were provided our Galaxy Fold unit by a trusted partner. Samsung has requested, through that partner, that iFixit remove its teardown. We are under no obligation to remove our analysis, legal or otherwise. But out of respect for this partner, whom we consider an ally in making devices more repairable, we are choosing to withdraw our story until we can purchase a Galaxy Fold at retail.”

It is unclear why Samsung wanted the iFixit teardown to be taken down, however it is possible that Samsung is planning some big tweaks in the Galaxy Fold before announcing a new release date and the company doesn’t want people looking at the innards of a “bad batch.” But considering nothing ever truly disappears from the Internet, so the iFixit teardown can be found on the Internet Archive for anyone who is now even more interested in checking it out following Samsung’s decision.

To recall, Samsung had originally unveiled the Galaxy Fold with much fanfare alongside the Galaxy S10 lineup at an event in February. The phone was supposed to go on sale in the United States today and in Europe on May 3, however following the reports of a malfunctioning display on select review units, Samsung has indefinitely postponed the launch. Interestingly, US telecom operator AT&T recently tipped June 13 as the new launch date for the phone in the country but Samsung is yet to officially confirm the date.